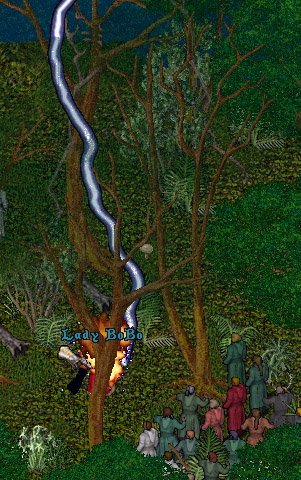 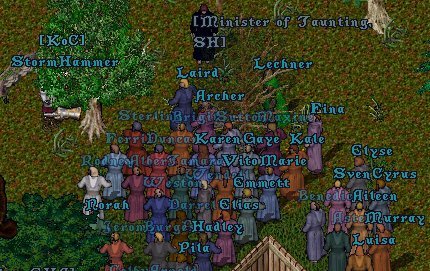 Ah the old resist bug: hire and attack mages at a town boundary and watch your resist raise while you take no damage 🙂 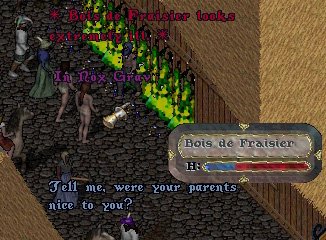 That guy was macroing in town so I sent a poison field to kill him with my newb :p Weirdly, I didn’t even get guard wacked heh 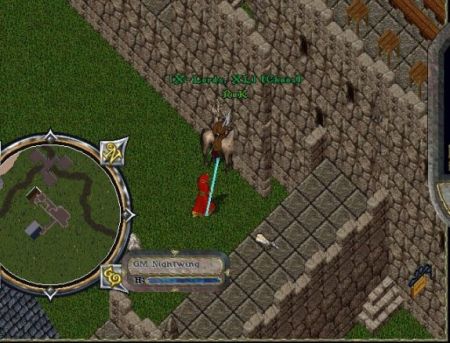 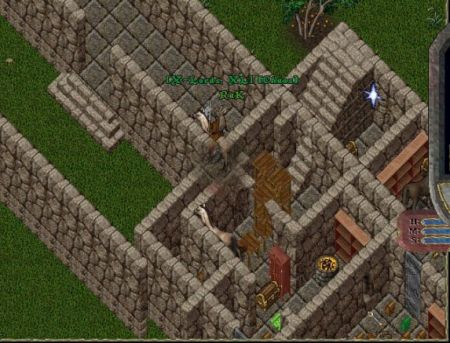 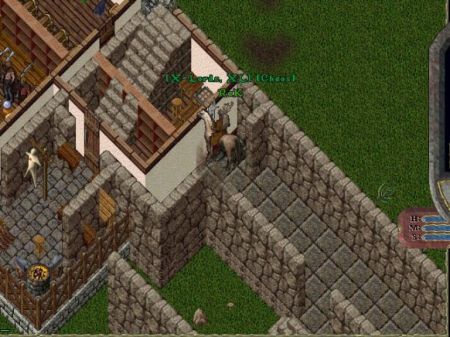 Now that was a funny bug. I had spent the night pking on the Abyss Shard. Then when I went to my tower on the Europa Shard, I found a castle placed over my tower. I’m like wtf and I page a GM to get him to remove it. He can’t see the castle. So I log off and log back on, it was in fact a client bug that kept a ghost image of the buildings from the other server heh. 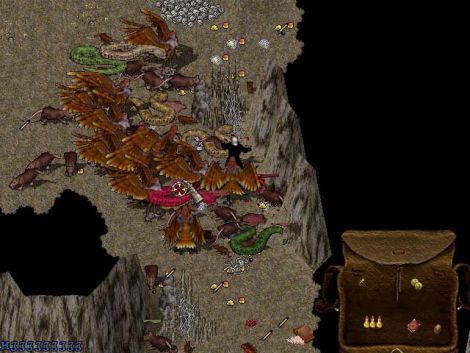 Now these crits are useless when fought 1 by 1 but they are a real pain when 151651 around you. Basically they make you loose your concentration so you can’t cast a spell for shit heh. Not to mention the fact they poison you. 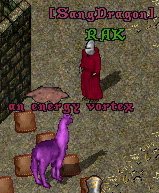 Hah from time to time instead of casting an energy vortex, you’d cast a lama vortex. It didn’t have different properties, it was just funny to look at. 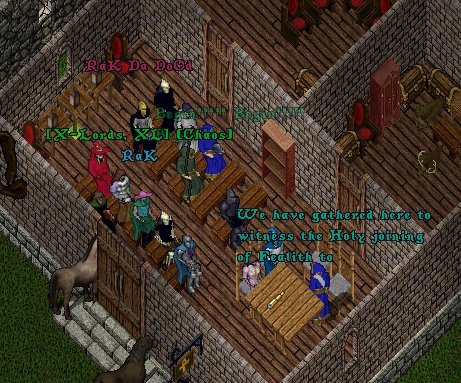 Wedding on Europa in the player ran town of Shadowdream. Seating with us a seer, and counselors to marry the 2 lovers. 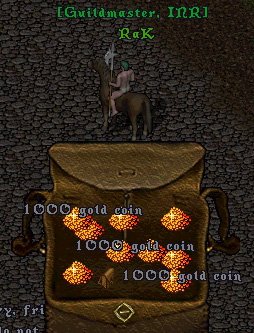 How to ruin a server event? Follow the group of 40 questers, kill a few when they go grey for a reason or another, and when they are about to kill the final monster after 2 hours of fighting: get next to it and loot the body :p 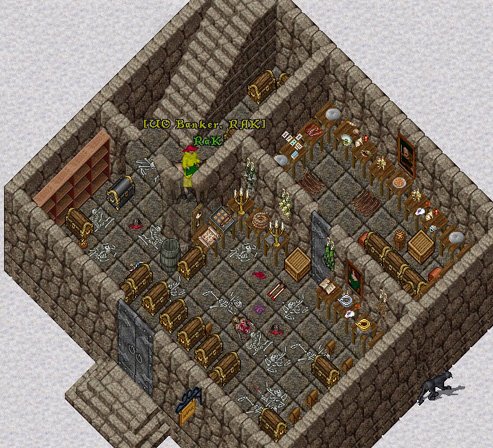 Who said crime doesn’t pay ? Pking surelly did on UO 🙂 Enjoy my tower. 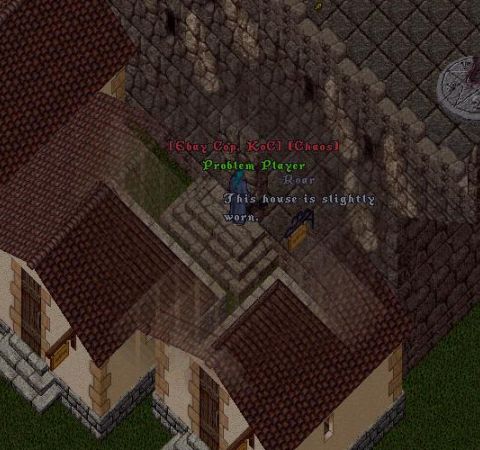 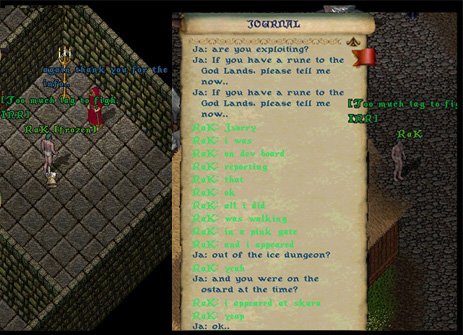 Now that GM was totally on crack. I bring an ostard back from the new lands to the old lands (there was a bugged pink gate that would let you do it). That GM PKs me by sending 2 guards on me in Occlo. I page him telling him he just abused his powers on me for no reason.

While I’m complaining on dev board about his abuse, he brings me to jail and says : “Are you exploiting? If you have a rune to the God Lands tell me now”. Now what kinda shit was that heh. He obviously had no clue and apologized when I pointed out I didn’t. 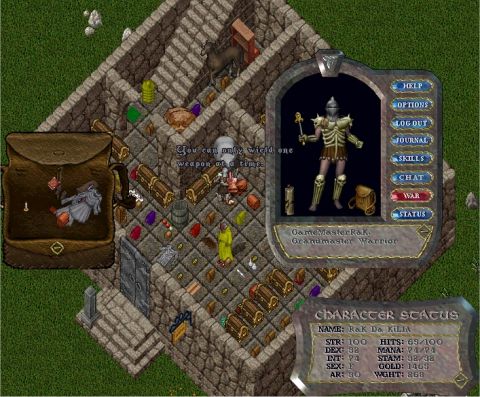 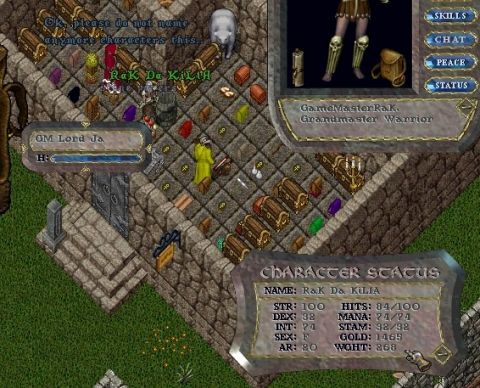 I met some Armor Level bug on that character I was leveling (named GameMasterRaK on Chesapeak). So I paged a GM and guess who answered ? My “friend” GM Ja rofl. He bitches at me and tells me to choose another name. I tell him RaK Da KiLlA just to see if he’ll take it, and he does accept it 🙂 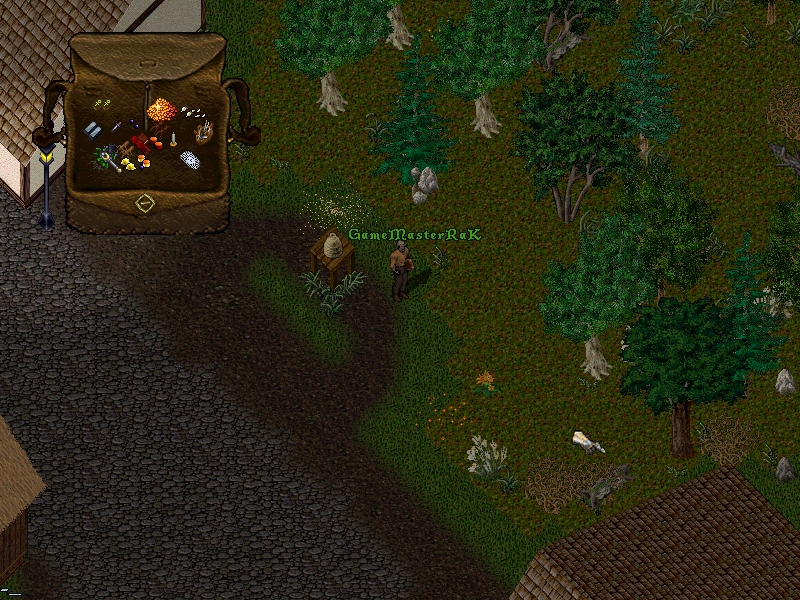 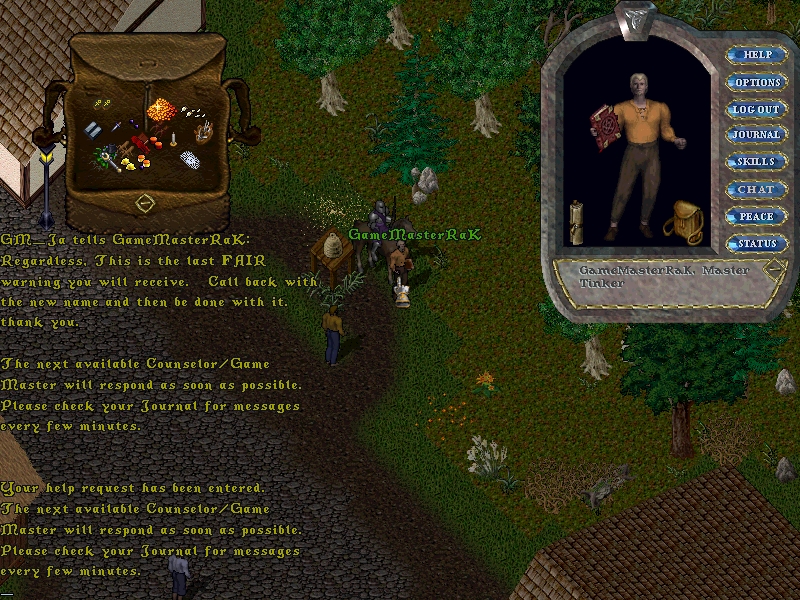 A few days after I log on that char I have been leveling for a few weeks. I’m on the Europa server and msg the GMs about my name saying another GM on Chesa had made me change my name already for the same reason and I wanted to make sure there is no problem. Guess who answers again ? GM Ja *OMG* 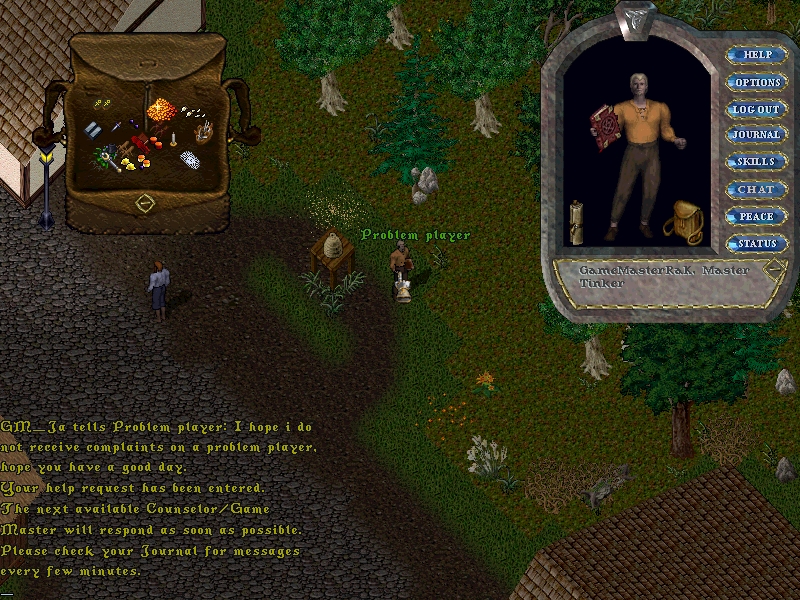 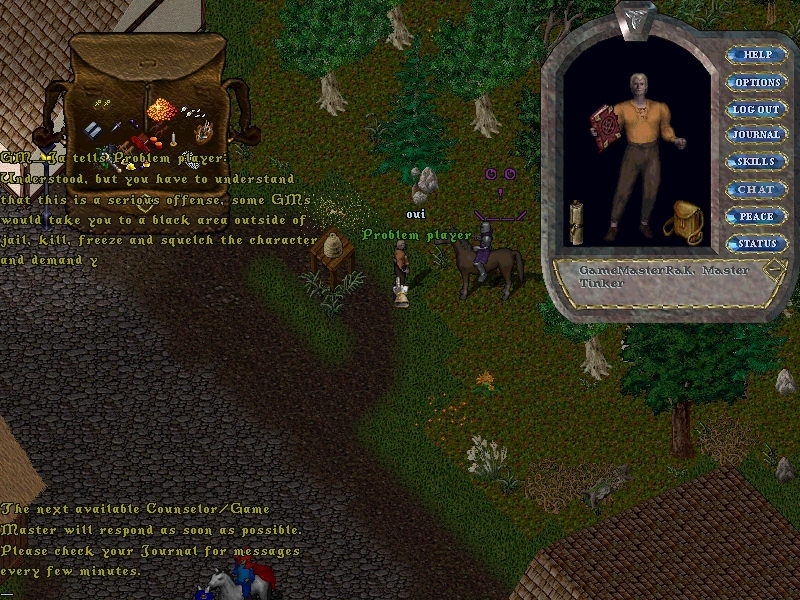 ROFL, there you go he changed my name and says : “I hope I do not receive a complaint on a Prb Player”. Then tells me how naming yourself GameMaster is a serious offense eventhough it wasn’t filtered by the name filter heh. 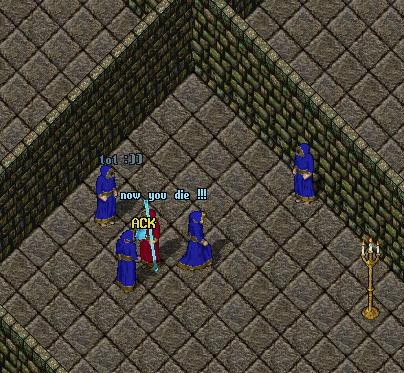